skip to main | skip to sidebar

What is Defense In-Depth and why is it important?

Defense in-depth is a technique that uses many layers of network defense to secure a network and all devices connected to that network. The theory behind defense in-depth is to deploy different layers of security in key parts of the network to detect, contain and ultimately stop an attack.
The basic layers and descriptions of defense-in-depth, in order of deployment, include the following.
· Authentication Layer – authenticates your users before allowing them access to your network.
· Perimeter Layer – filters unwanted network sessions from entering your network, and provides application inspection and enforces RFC compliant behavior to network sessions. Also protects you from DoS and DDoS attacks
· Network Intrusion Prevention Layer – after you have allowed traffic into your network, intrusion prevention will examine this traffic to ensure that it’s valid and does not contain malicious content such as viruses worms, adware, spyware, botware, trojans, or does not behave in a manner that would indicate replicating worms or scanners.
· Host Intrusion Prevention Layer - at this point your network traffic has been examined at three different levels. Host intrusion prevention is the final layer. This technology includes antivirus software, and software that looks at the behavior of your host or server and ensures that the behavior is not indicative of malicious software. The following is a sample of bad behavior on a host: a buffer overflow followed by code being executed and executed from the buffer, the execution of an image that was recently downloaded from the Internet, a non-privileged program self modifying to raise its privileges, a non-privileged hosts trying to set the network interface card into promiscuous mode to be used for network sniffing, a browser listening on a network socket for outside connections.
Along with deploying and the four standard layers of Defense-in-depth, you also need to deploy Security Best Practices – this encompasses many operational aspects of security, a good source for this information is SANS.org. Normally security best practices would include things such as:
· Applying current operating system patches
· Applying Current host and server hot fixes
· Applying Current Application Patches
· Enforcing Secure usernames and passwords
· Deploying Configuration best practices as recommended by the vendor
· Deploying Current anti-virus or IPS signatures
· Hardening Host security
· Hardening server security
· Hardening Network device and security device configuration
· Processes and procedures to respond to security breaches and disasters
· Processes and procedures to correlate and identify attacks, processes and procedures used to respond after an attack
Defense in-depth is the key to stopping most, but not all, network and computer related attacks. It’s a concept of deploying several layers of defense that mitigate security threats. Many hackers are looking for what is called “low hanging fruit”, or easy targets to attack. With defense in-depth applied, attackers will usually either get frustrated and move on to the next target, or stop the attacks altogether deterred by the security you’ve put in place.
Even with defense in depth in place, don’t get lulled into a sense of false security. A patient hacker, a very skilled hacker, a disgruntled employee or far ranging new security vulnerabilities will always pose a threat to any security environment.
Posted by Greg Abelar at 4:39 PM 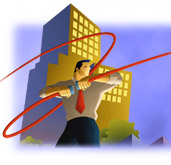 Review - Greg and Dale's CS-MARS Book - The UNIX guys are liking it!!!

Lofty Perch Inc - Advanced MARS services and training. This is a personal recommendation from the blog author.

Curious About SQL Injection? Click this link for a flash demo Thanks to SourceForge for this excellent demo.

Web Events Hosted by Cisco If you attended TechWise TV in December thanks. It was well attended and some great questions were asked....try to catch the next one if you can

Securing Your Business with Cisco ASA and PIX Firewalls

Greg Abelar
Greg Abelar has been an employee of Cisco Systems, Inc. since December 1996. Greg is the primary founder and project manager of Cisco's Written CCIE Security exam. Greg has authored two books on security with another in the works. His first book was a solo effort from Cisco Press titled “Securing Your Business with Cisco ASA and PIX Firewalls.” Greg's second book was a co-authorship with fellow Cisco Engineer Dale Tesch. This book is titled - "Security Threat Mitigation and Response: Understanding Cisco Security MARS". Besides authoring Cisco Press publications he was also a co-author of version two of the premier Internet security architecture white paper called "SAFE: A Security Blueprint for Enterprise and Networks'. His credentials also include technical editing of five addition security publications by Cisco Press. THE INFORMATION SHARED ON THIS BLOG IS THE OPINION OF GREG ABELAR AND DOES NOT REPRESENT, IN ANY WAY, REFLECT THE OPINIONS OF CISCO SYSTEMS INC.